↓ Skip to Main Content
Home › Knitting › Thou shalt have a fishy…

Thou shalt have a fishy… 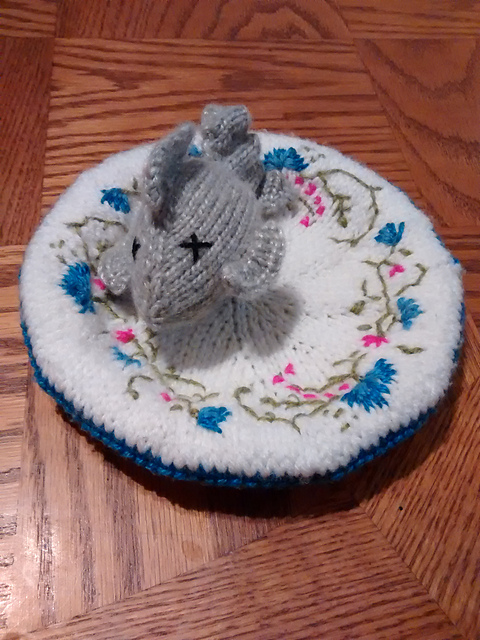 When the boat comes in!

Now, this post isn’t to do with the fish (though its a lovely free Ravelry pattern ‘striped fish‘ by Nettas Knits, though mine is a plain silver/grey, not striped) its all about the plate.

As part of the cat commission I did a while ago I was asked to knit a replica of the plate they used to eat from, and a little snack too. So, here’s the original plate: 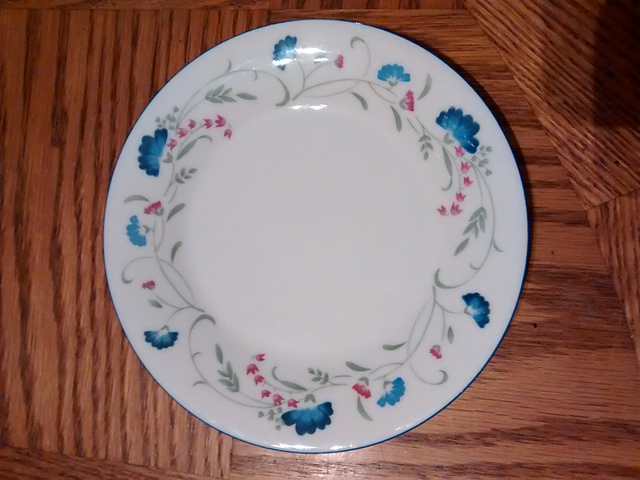 And here’s the knitted one: 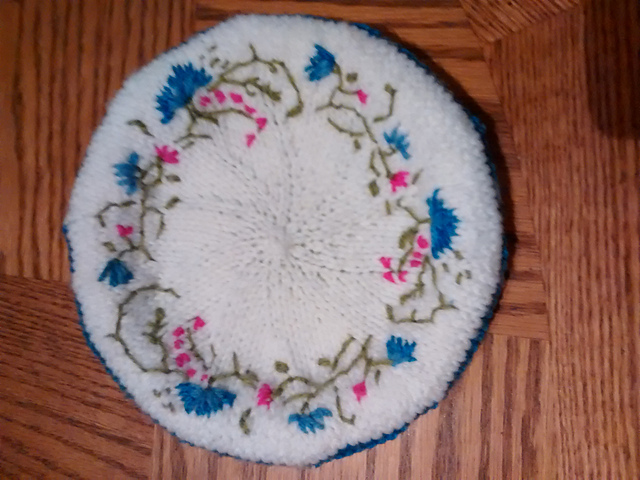 The plate itself was easy – pinwheel increase, blue purl edge, pinwheel decrease, plastic plate inside with holes drilled in to allow the wool to be fixed and shaped.

The embroidery though! 3 hours! Worth it though for the look of shock it received.

In other news – busy week. Been dying of the plague at work, craft fair Friday, and two of my friends had joint birthday celebrations on Saturday. I did knit a little something for the occasion, but I’ll blog about that next week – there’s a saga involved and I need to get quite a few photos together!