RoxyPosted on June 3, 2018 Posted in Knitting, Little one, Uncategorized 2 Comments

About a decade ago I knit a green night cap (it was vaguely supposed to be based on Links hat from The Legend of Zelda, but I was winging the pattern whilst taking turns playing the game, so take that as you will)

Anyhow, I have thick hair, so in the winter months after I’ve washed it at night, I pop on my hat and go to bed (yes, I know going to bed with wet hair is supposed to give you a cold, no, it doesn’t actually give you one and no, I won’t hairdryer it as the only times I tried took an hour and it was still damp in places).

This past winter, Felix had taken to stealing my hat when she had her hair washed, and I would steal it back when I washed mine. A few weeks ago she pointed at a t-shirt Engel was wearing and stated ”I want a red night hat like that!’ 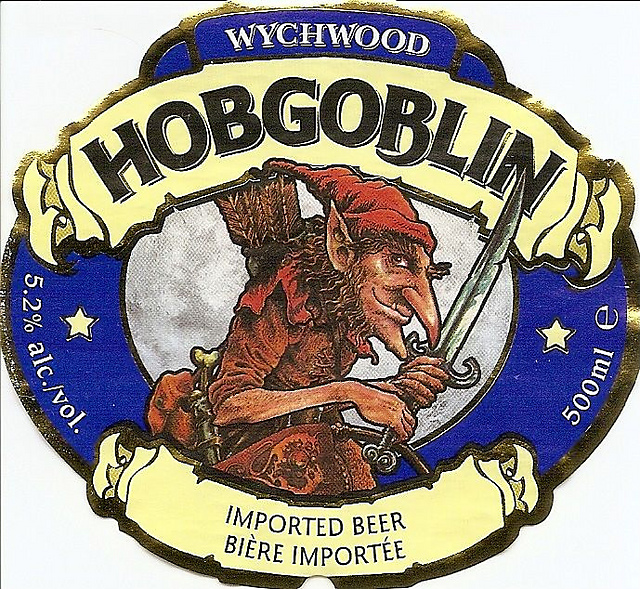 The t-shirt happened to be a Wychwood brewery Hobgoblin T-shirt (the classic ‘lagerboy’ one).

After we explained that the red hat was a hobgoblin hat, it was agreed that she would return my green one in exchange for her own hobgoblin hat. 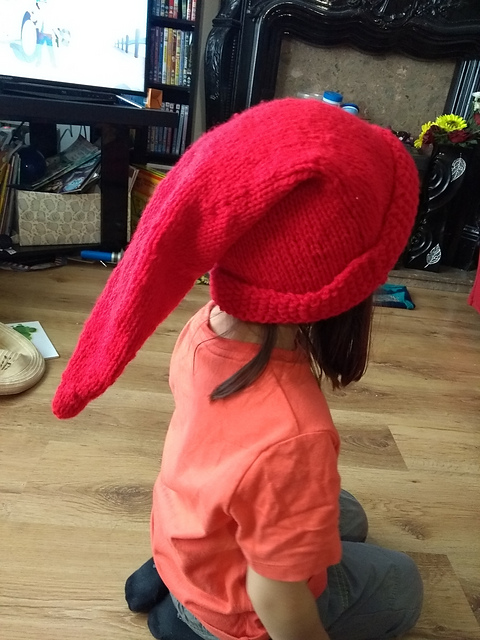 Its a bit big, but she’ll grow into it (I know I generally don’t post photos with people in, but I wanted to get one showing the drape and Felix refused to let me put it on anything else!). Made using the free pattern Oblio’s Cap by Emily Anna Bingham – very easy pattern to follow, and a pretty quick, simple knit all things considered.

Which is good, as Engel has pointed out that there are more Hobgoblin beers, in fact, the King-goblin would suit him, and wouldn’t Inkling look adorable in the IPA Hobgoblin hat?…

Guess what my next knits are?

As an aside, last May I posted that I had discovered some Tribbles in my wool stash, and despite attempts of extermination, found more not once, but twice!

Well, sadly, the originally caught specimens are showing their age, and one has also passed on through the wooly gates…so I went to see if there were any survivors lurking in the wool stash… 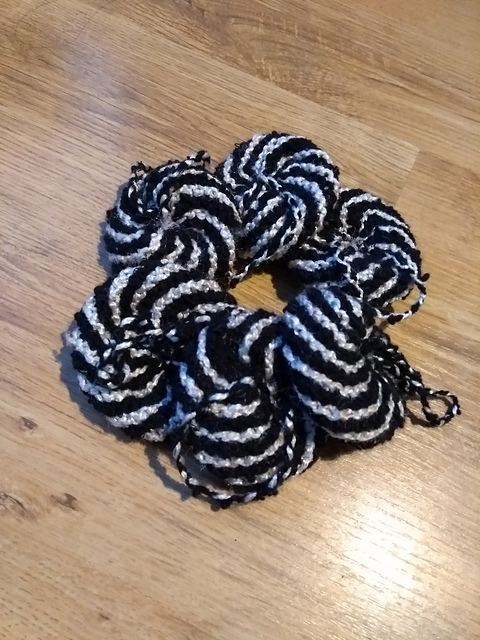