RoxyPosted on May 22, 2016 Posted in Knitting, Little one No Comments

I should be unpacking but…well, I’ll get to that.

I’ve officially finished one job, and start another tomorrow – I’m actually going back to my previous job, a number of reasons, but mainly the one I just left was getting very, very manic to the point it was affecting my time with Felix.

But I digress, so, job change. Had my mum visit last weekend (Felix loves her Granny, and insists she lives at the Pineapple House, though has a second, normal house when more people are around)

And this weekend we were at Centre Parks, Sherwood Forest. Felix did find Robin Hood, in the form of the classic Disney cartoon I had brought along. This skewed my plan of having her go for a wander in the woods looking for him, but hey-o, points for observation to her.

Knit wise, still plodding on with cat tails and wars, but rapidly losing steam and the will to knit fluffy fur with that project. Other projects though: 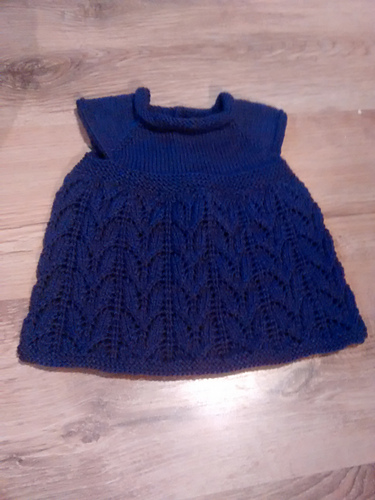 The Paulina Dress I was working on last post. Finished and adorable! The pattern is a free Ravelry download by Taiga Hilliard Designs. 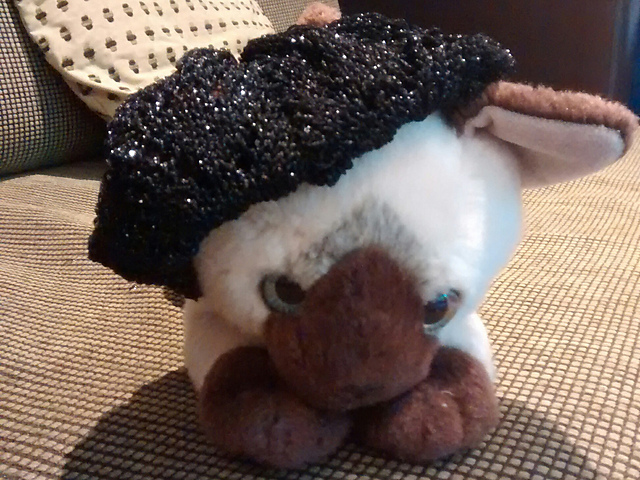 And something i’ve made twice before, Meret (Mystery Beret) by Woolly Wormhead, another free Ravelry download. It’s for my mum, whom I knitted the original two of in her wool from New Lanark. This one (modelled by Ramen) is a sparkly cotton version for those warm windy days!

Alright, i’d best get back to unpacking, though procrastination is so much more fun!