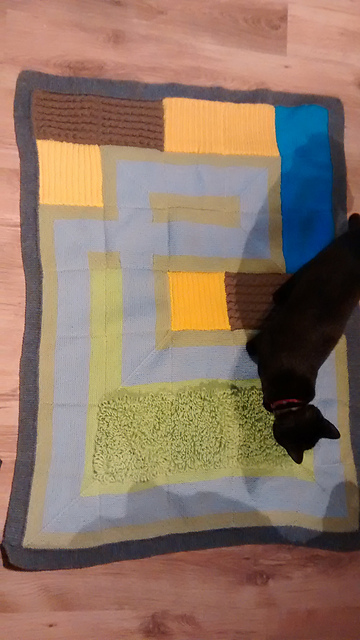 Or perhaps the road map playmat of Sods Law. Super cute blanket, but I had a bit of a nightmare making it!

Let me tell you my tale of woe…

I was stash busting, as you know, my current goal being to get that number at the bottom of each post down to skmething bordering reasonable, but Sods Law, I ran out of wool.

I needed more but, Sods Law, couldn’t get the same colour…So I then had to use two shades and tweak which squares had which one.

This happened not once, but twice. The green and yellow.

After what felt like knitting all the squares I needed twice over, I ran out of green again! Seriously?!

So I changed the road layout to accommodate.

Finally, I had knit all the squares, and started to sew it up, when Dashie, one of the cats, ran in, stole a square and hid it. 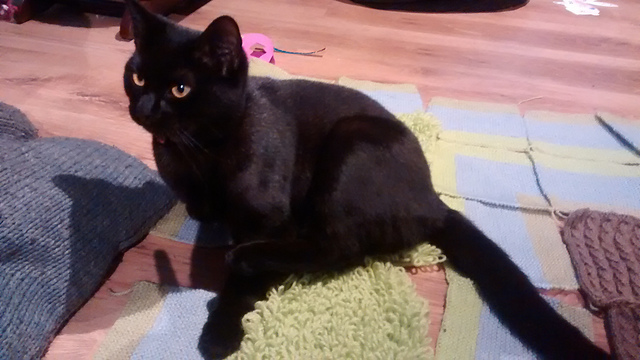 Upon retrieving the stolen square from where the cat hid it (under the sofa) I found several more complete knitted squares.

I had 39 squares, not the 35 the pattern required.

Turns out I did have enough of the second green not to have tweaked the pattern… But was a bit late to do anything by then!

Starting total – 697 balls
Wool used – 17 (Despite the shenanigans, none where used up this week!)
Wool bought – 9