A bit of an aside to the usual knitting, (though there is knitting further down) a few weeks ago Felix was given a doll’s house: After looking at lots of photos of haunted houses, Engel was let loose: And not just on the outside of the house: With Felix’s help, of course. She particularly enjoyed painting the galaxy in the attic – by clicking white paint off a toothbrush!

But a haunted house needs it’s monsters! First up is a witch. But Felix insisted it had to be a ‘real witch’, after some prompting she produced her Meg and Mog book. And so: 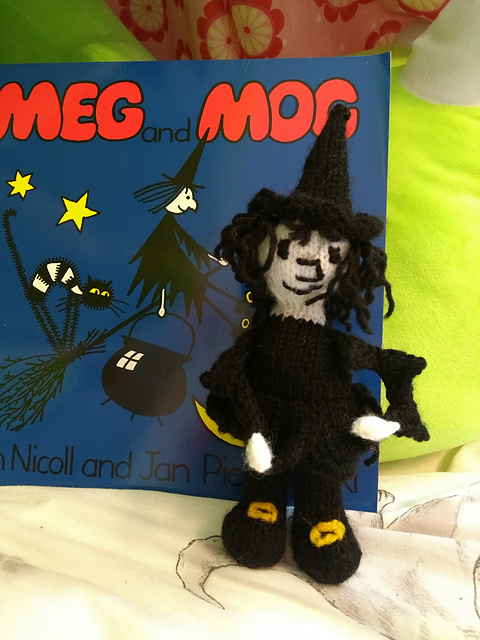 Meg! Based on the free pattern Fairy Doll by Stephanie Law.

But I couldn’t have Meg without Mog! 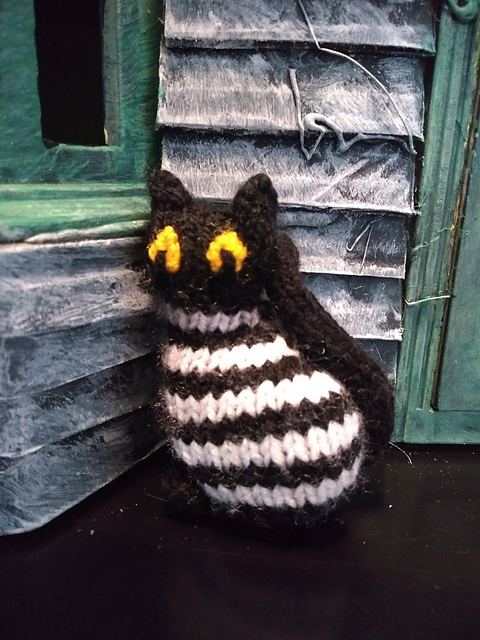 But now the question is, what monster to make next?