RoxyPosted on September 11, 2016 Posted in Knitting, Little one 1 Comment

My neice was given a doll (a 16″ American Doll whom she named Holly) but she didn’t have many clothes for this doll. So she gave me the puppy eyes and asked me to make a few little pieces for her, and well, I’m a soft touch when it comes to the puppy eyes…

Felix can attest to that.

So without further ado, a whole little party outfit: 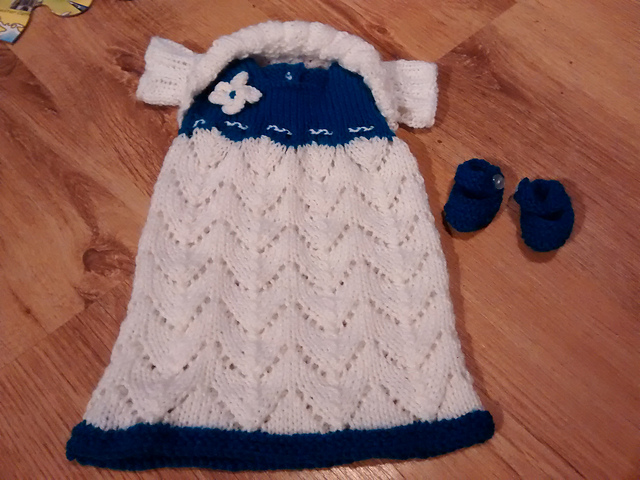 Doll Shoes for 18″ Dolls by Onelia

And for when the weather gets colder, which it will: 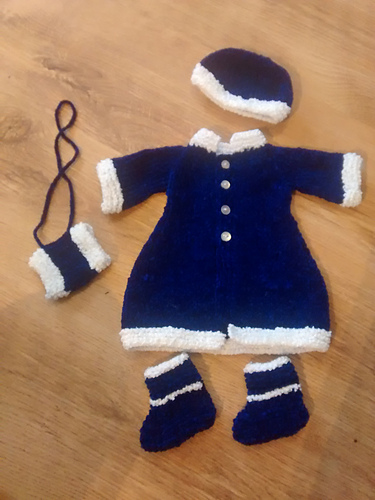 Easiest and fastest baby UGG booties ever! by A la Sascha (Doll size)

Cute, aren’t they? Haven’t decided if they’ll be a Christmas present, birthday present or just spontaneous gift yet – guess i’ll see what’s closest when I see my neice next!

It’s been a busy week – Wythenshaw Garden Festival yesterday, and I have to say I was impressed at just how much Felix could get involved with. We now have a 3ft scarecrow she (helped) made in the front garden, button bracelets, banana badges and lots of colouring, and she got to do painting, eat crickets and mealworms (taste like pork scratchings and…creamy?) She planted pumpkin seeds and made her own fruit salad!

Her highlight: getting to hold the tiniest owl I have ever seen. Which was comical as the man demonstrating was holding a greater horned owls which weighs about as much as she does…

And today has been arts and crafts and swimming – knackered now!

All in all, a good weekend.

And this week I managed to use up three balls of wool!

*Does a little dance*

I’ve made a start on the Christmas knits for this year so there won’t be many new projects posted over the next few weeks (I wouldn’t want to spoil any surprises), but I’ll try and post a few things from the archives to keep things interesting!