It must be bunnies!

Anyone else remember that episode of Buffy the Vampire Slayer?

Moving on, lots of bunnies have been getting made lately as part of a commission from The Rabbit Rescue Trust – they’ll be on sale around about Christmas time for anyone interested! 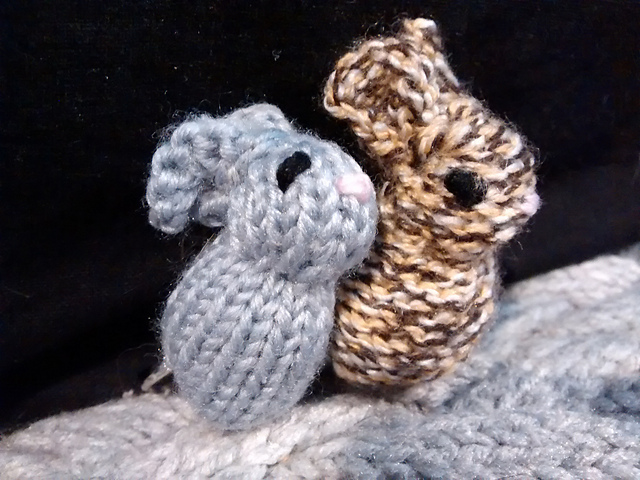 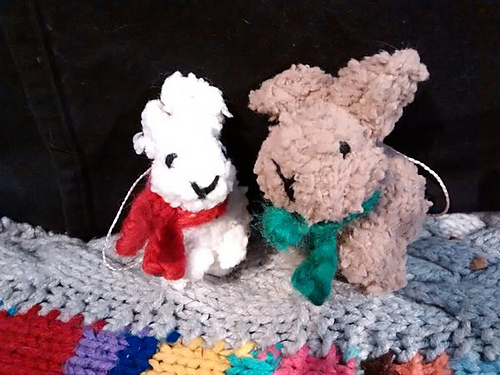 All based on the Free Square Bunny Pattern by Annette of Lebenslustiger.com. 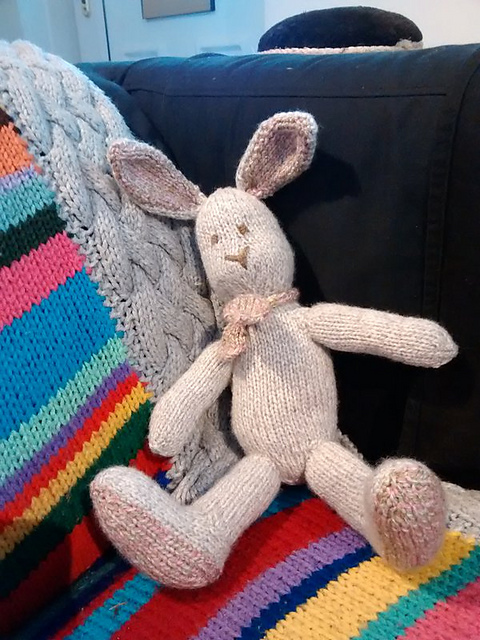 And this is the Big Footed Bunny from Knitted Toys by Zoe Mellor. I changed the colours up a bit for a more girly look, but still kept it fairly neutral as I’m not one for bright pink baby first toys! This little guy is for someone special whose happens to be having a little girl in the near future!

1 – the delay in posts was due to my nephews 6th birthday, which was held in Legoland Windsor, a subsequent week long family holiday in a gorgeous log cabin in the middle of nowhere with next to zero wi-fi…an then a family visit from the other half of the family who wanted to meet Felix (some for the first time).

From this I now know Felix is carsick, has a love of owls, an obsession with ducks and learns bad habits at the drop of a hat. Not mentioning any names *hint hint* you know who you are!

2 – the wool count! With being so busy a lot less knitting was done than I had planned, but still, seven balls have been used since the last post!