RoxyPosted on November 11, 2018 Posted in Knitting, Little one 2 Comments

So, Felix wanted me to knit her a Cerberus to look after her haunted house, easy enough, except it had to also look like her favourite fur cousin, Missy. 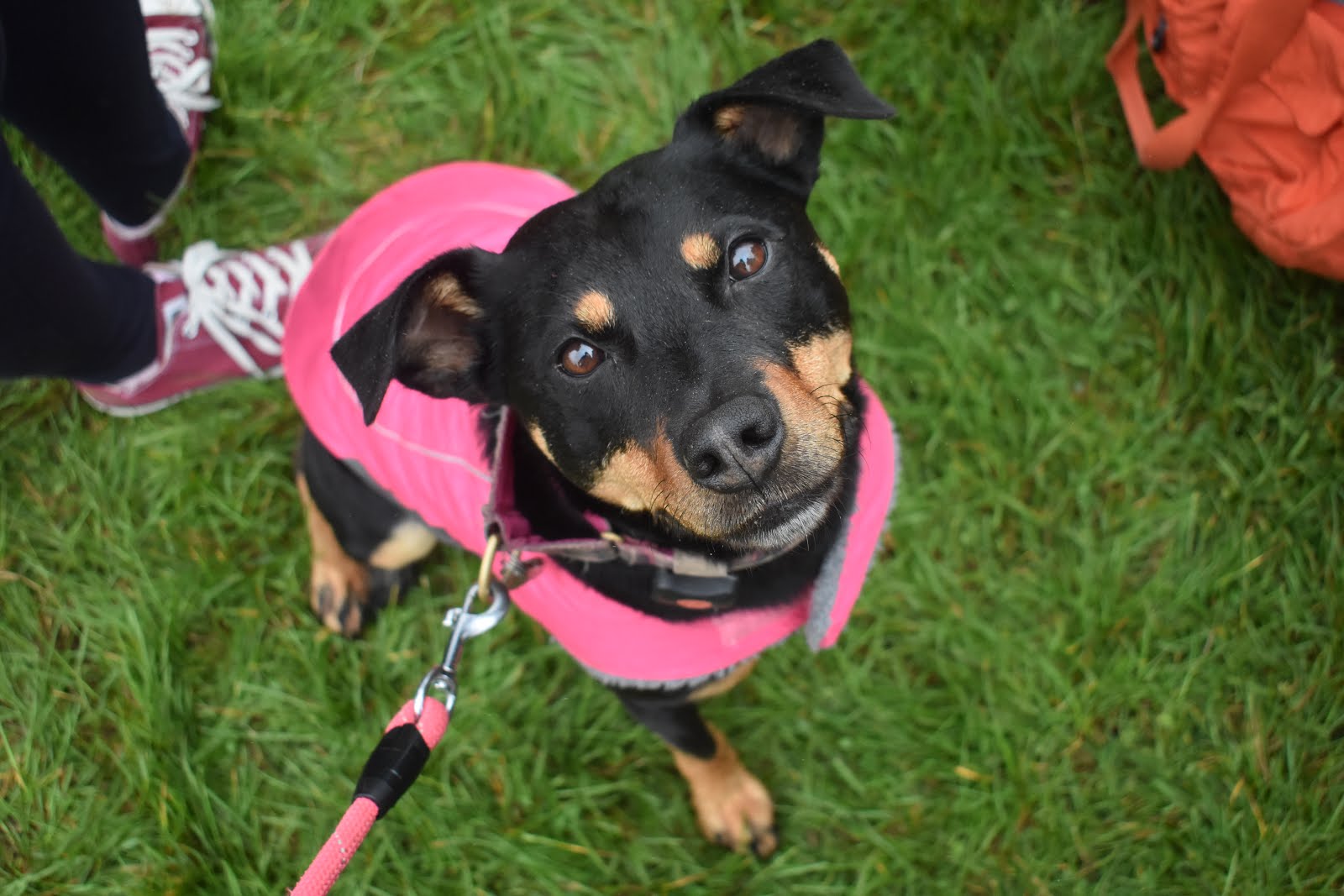 Despite her markings, she isn’t a Rottweiler. She is a bundle of adorableness though!

So with that as a my goal, I knit… 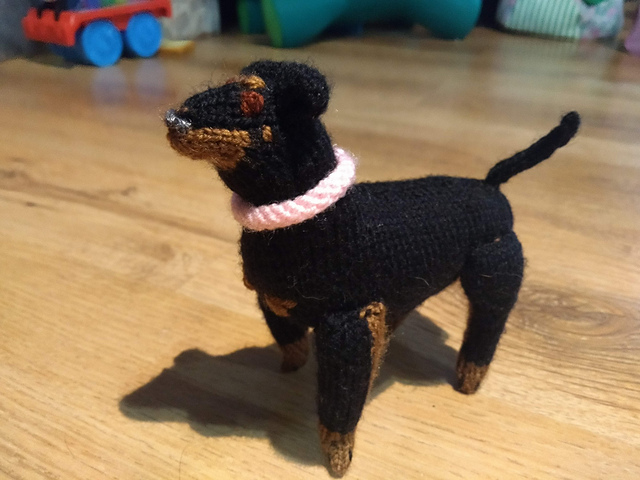 Cute, no? Based on the ‘Labrador’ pattern from ‘Best in Show’ by Sally Muir and Joanna Osborne. I was planning on knitting the next two heads but… 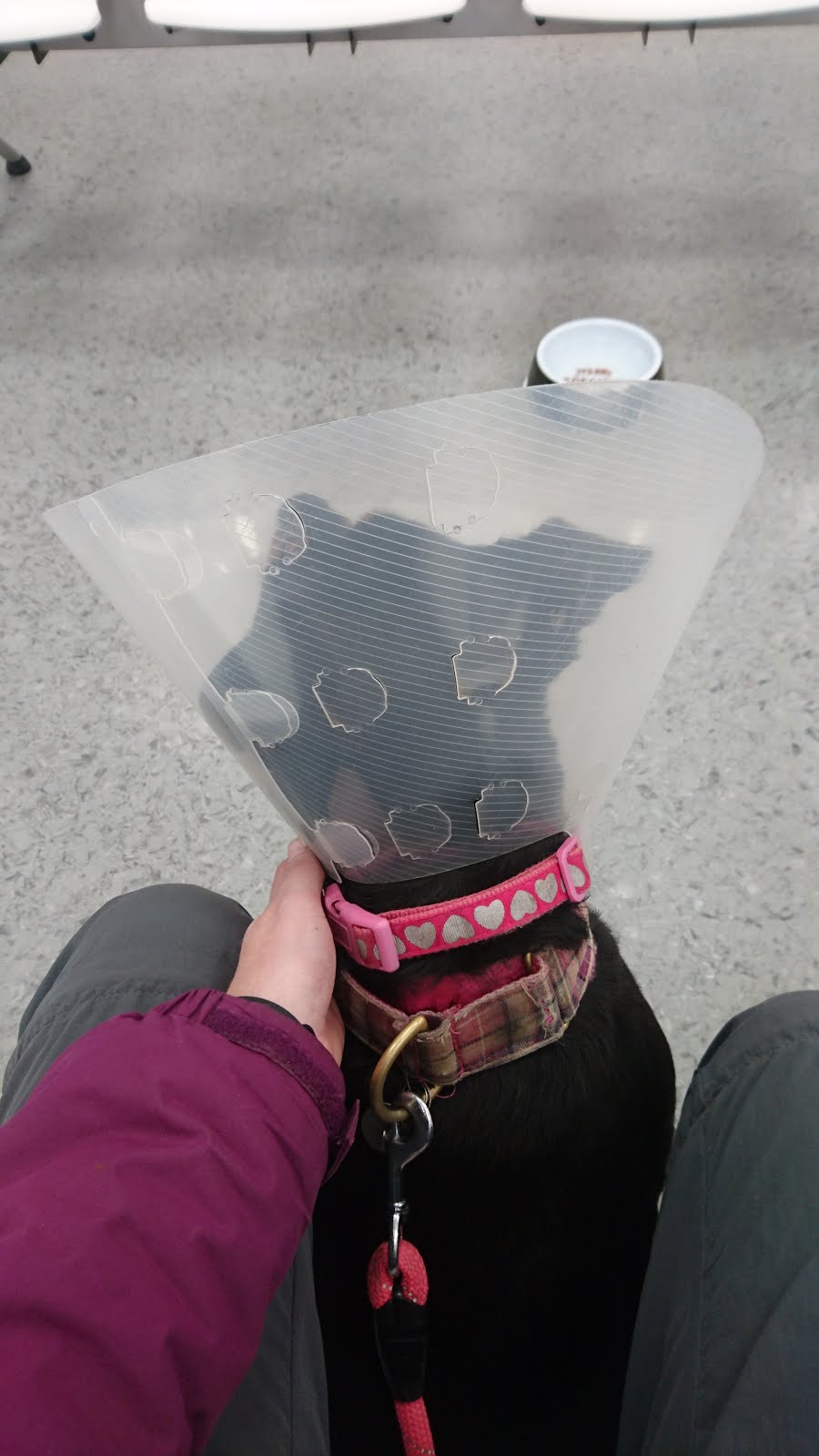 Poor Missy was now in the cone of shame. What to do? 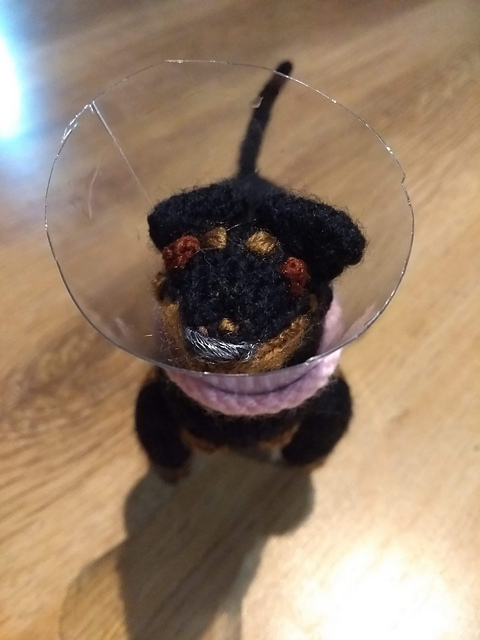 Put a cone of shame in the knitted one of course! At this point I realised this Cerber-issy was going to be way too big for the haunted house, so this little cutie will be going up to Scotland to join the real Missy whilst I continue with Cerber-issy Take 2!