by RoxyPosted on March 14, 2015 Posted in Knitting No Comments

Technically its tomorrow, but I wont be on the computer at all then, so now’s the time for a quick post.

To start, this will be my own second mothers day. Having Felix has certainly changed things! Don’t quite have the time to make as much as I used to, but its worth it.

Anyhow, I’m going to get all mushy if I go on, so I thought I’d show a previous knit I’ve made on a previous mothers day! This is for Engels mum. 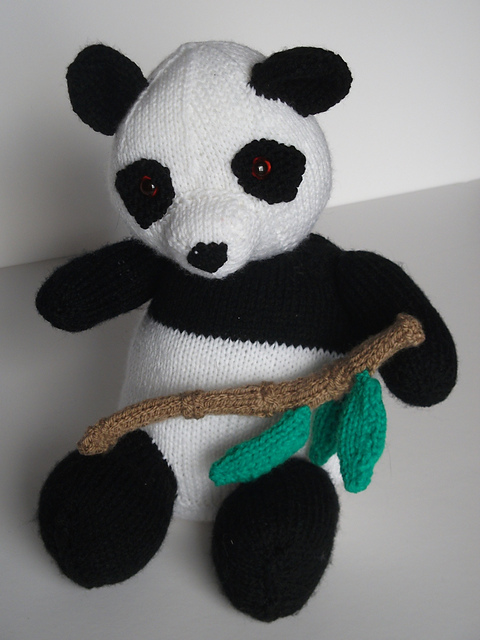 Its the Giant Panda pattern from Knitted Wild Animals by Sarah Keen. A book I’ve actually used a lot – though the vast majority of the creations are nabbed so quick there aren’t any photos!

Oh, and since we’re looking at pandas: 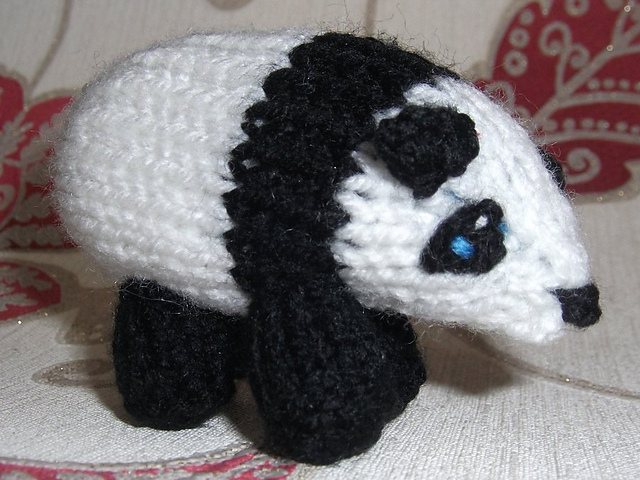 From Alan Darts Advent Tree pattern book – this is actually a modified polar bear. Its amazing how much you can change a pattern just with a few colour tweaks!

Lastly, not mothers day presents technically, but something which is purely my mum: Pineapples! 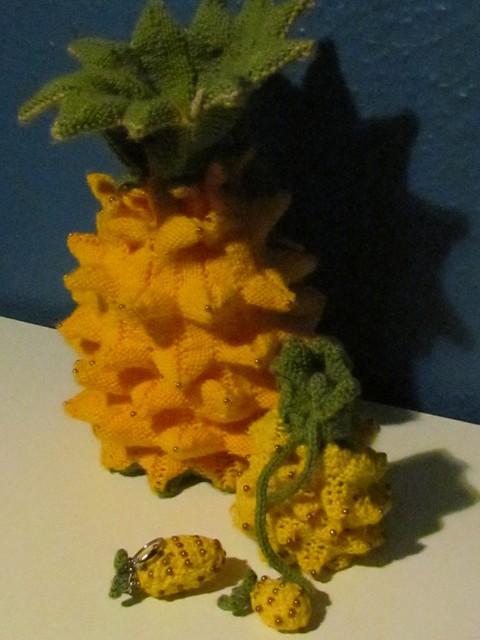 So the big one on the left is the Pine Apple Bag by Isabel Gancedo (free, just click on the link), to the right, a tweaked, smaller version of the same pattern and at the bottom, Fruit Bookmarks – Pineapple by Amalia Samios (another free one!).

I’ll end my post there, Happy mothers day to everyone out there – be your little one a small child, a grown up now, or a cute pet!

Oh, and importantly, my wool count! This week I’ve used a massive 15 balls of wool! So the previous weeks total of 752 is now…737! Yeah! If only my whole wool collection consisted of 50g balls, those 500g ones I have aren’t going to go anywhere near as fast…