Couldn’t resist that title after making all these: 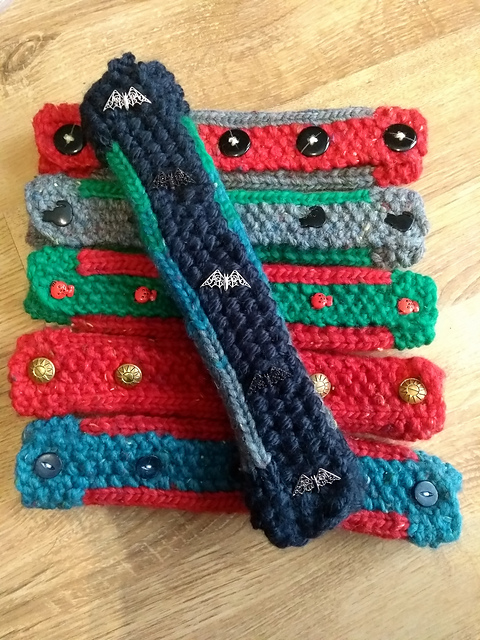 Yep, that’s another six seatbelt covers! I used the same free pattern as last time: Seat belt snuggles by Chris Behme and the reasoning? Felix complained repeatedly that whenever anyone used the car, they didn’t have a seatbelt cover, and all the seatbelts needed one. After having a few full car loads of people (my car can convert to a seven seater, it’s surprisingly useful) I relented and used up a load of chunky wool scraps, as well as letting Felix loose on the button collection.

However, she also had one special request… 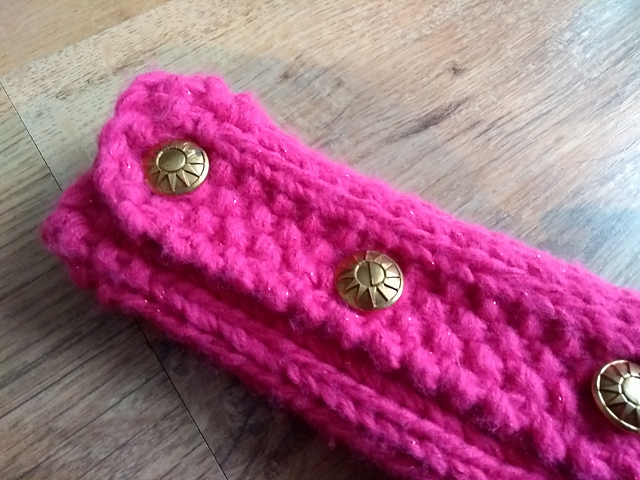 A ‘princess’ seatbelt cover for her best friend, as she needed a special one for her seat in her car! This makes me think of Disney’s Tangled (Rapunzel) for some reason…

Needless to say, I don’t want to knit any more of these any time soon!

So thankfully I have a different, more geeky project on the needles now, but more about that when it’s finished.

In other news, Missy came to visit her cousins! (She also brought her humans Rabbie and Loki) and much fun was had by all! It was a great laugh, lots of adventure and playing games! I will say now though, I was GMing ‘No thank you, Evil’ and as a fairly strict cthulhu GM, it nearly killed me. No death, insanity or destruction! No elder gods to twist mind and reality! No cults to meddle and cause mischief! But, I managed it. Just. Same can’t be said about the players who managed to turn a half hour adventure (if that) into nearly two hours!

Anyhow, enough of that. Been celebrating Chinese New Year this weekend and watched the dragon parade and dancing lions, took part in making paper lanterns and block printing. Felix had an absolute ball, and Inkling…well…he really, really wanted the pom poms on the lions heads…bless, the nice lion let him pet it for a good five minutes…

Alright, enough chatting, I have a load of housework to do, a chocolate cake to eat and some knitting to get cracking on!

Wool used – 16 (5 this week)
Wool bought – 4 (It was snowing, and happened to be the first shop I ducked into for shelter, and they were in the clearance bin, calling my name…)
Wool given – 5 (I mentioned to Engel I only had one ball of black DK wool, he brought home four more for me! And I didn’t even ask him to!)
Wool gifted – 0