↓ Skip to Main Content
Home › Gaming › From the archives: Sackboy

From the archives: Sackboy

Recieved a letter from Felix’s nursery class Thursday evening saying they were having a ‘royal banquet’ and encouraged the children to dress as princesses, princes or knights that following Thursday.

I looked at Felix, she looked at me, I hesitated then began the question ‘What would you -’

‘A knight! And I can save dragons!’

Start the countdown, it’s time to make a knight costume with…six evenings in total to do it? Three left as of now?

All projects on hold, and its another ‘from the archives!’ for all of you! This time round: Sackboy. I imagine most people have played, or at least have seen Little Big Planet being played. Sackboy is the star of the show.

In 2009 when this pattern came out, Engel was games testing Little Big Planet, and I thought it would be cute for him to have one. 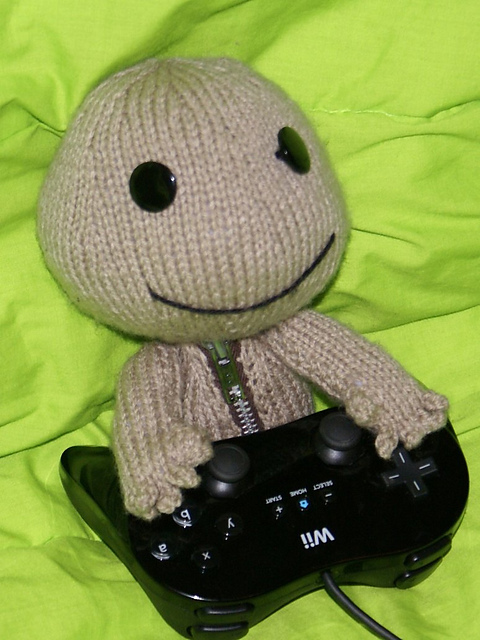 Pattern is Sackboy by Alan Dart – and came with a simply knitting magazine back in 2009.

I later made him a trenchcoat and shotgun, unfortunately never photographed, when I realised the abuse the poor guy was getting at Engels work. It seems people who test games, hate the games they test.

I’ve made a dozen or so plain ones, but also two more fun versions:

Dr Who – based on the 10th doctor, played by Tom Baker, and that scarf! I actually made a 1/20th to scale version of it for this little guy. 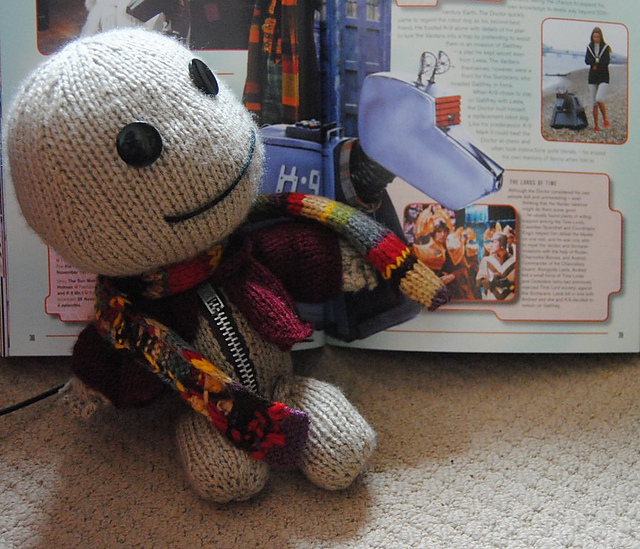 And lastly, a ninja! 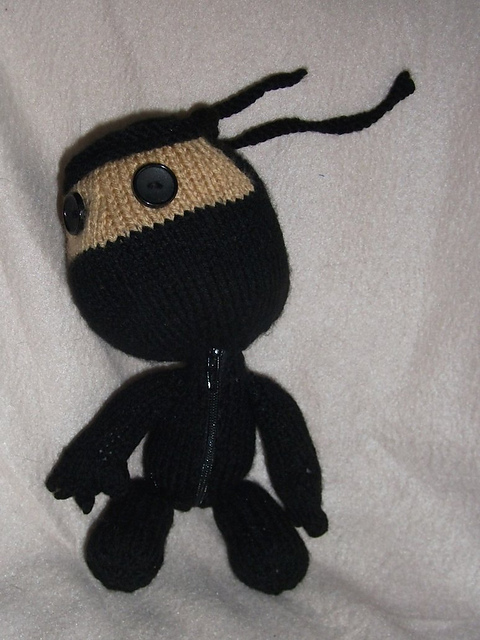 Cause ninjas are awesome.