RoxyPosted on July 25, 2016 Posted in Knitting, Little one No Comments 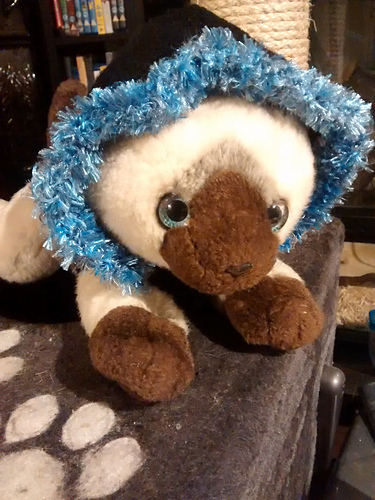 Perhaps a side profile? 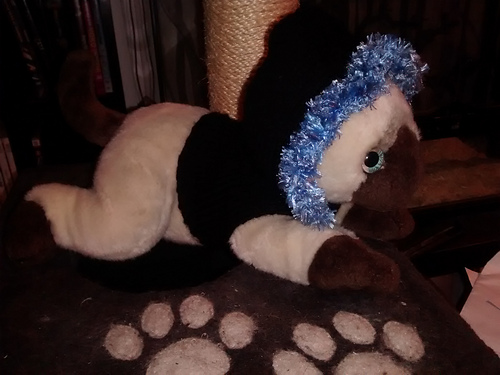 Pattern is ‘Parka Barker’ from Woolly Woofers by Debbie Bliss – a book I picked up for Rabbie…sorry Rabs! I’m just testing it, honest!

Let me explajn. Like small children everywhere, Felix likes to take her toys wherever she goes. I generally let her (just one though! And something small!) but there are times I say no. Like no, we’re not taking all two hundred of your cuddly toys. No, we’re not taking a soft toy into the swimming pool. No, we can’t take your fishing net to soft play.

No, we can’t carry (insert name of soft toy) outside, it’s raining.

So Felix asked ‘could they play in the rain and not get wet if they had a coat? Can you make them a coat?’ – who was I to refuse? (But just the one coat!) Engel suggested using a dog coat pattern, so smaller needles and fewer stitches later, a cute cat coat!

Blame Felix for the color choices – at least the blue matches Ramen (the cats) eyes!

Speaking of adorable, Felix has decided what she wants to be when she grows up.

I suspect a costume will be getting put together soon…