by RoxyPosted on February 9, 2019 Posted in Cats, Knitting, Uncategorized 1 Comment

I’m not a huge D&D can, much prefer Cthulhu, but in Cthulhu you don’t really get items that boost your stats, just corrode what little sanity the players have remaining…

Anyhow! A friend of mine emailed me a photo of a cat wearing a crocheted Wizards hat with the comment that I should make one. I was tempted, but my kitties have access to lots of props to play with in the course of my various creations.

However, his cute little kitty has none…

The pattern used is just the hat from Little Witch by Jean Greenhowe. The stars were added afterwards using the free pattern Stacking Stars by Frankie Brown. For an extra bit of magic, I used a dark blue wool with a strand of sparkly thread in it…

I hope he likes it! And his kitty!

Last, but certainly not least…

by RoxyPosted on November 4, 2018 Posted in Knitting, Little one 1 Comment 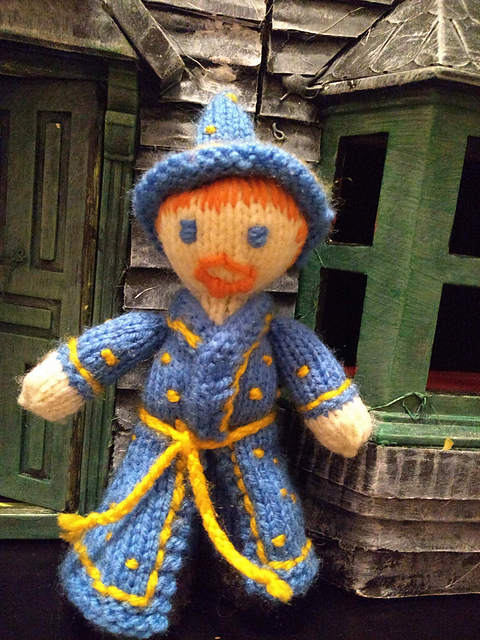 Uncle Matt, the wizard! Felix requested this specific doll the moment I agreed to make them for her haunted house. And it had to be her uncle, not just any old wizard!

Also, far Halloween I made a pair of Itty Bitty Pumpkins (a free pattern) by Sparrow Kelley. 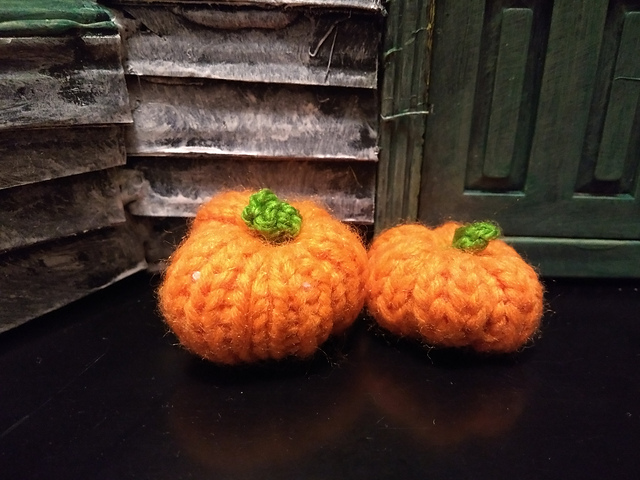 I have just one more thing to make for the haunted house and that’ll be all the knitting done for it! I’ll be back to my regular eclectic mix of knits!