Have a hatty christmas!

by RoxyPosted on December 22, 2015 Posted in Gaming, Uncategorized No Comments 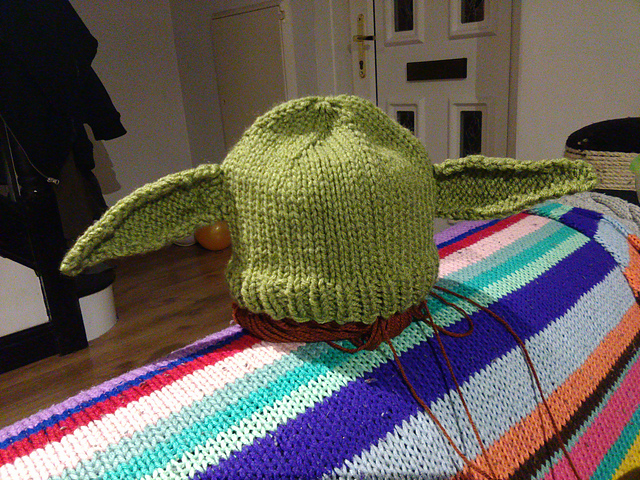 Baby Yoda hat! A request from work, based loosely on the free pattern ‘Baby Yoda Knit Hat’ by Shinah Chang 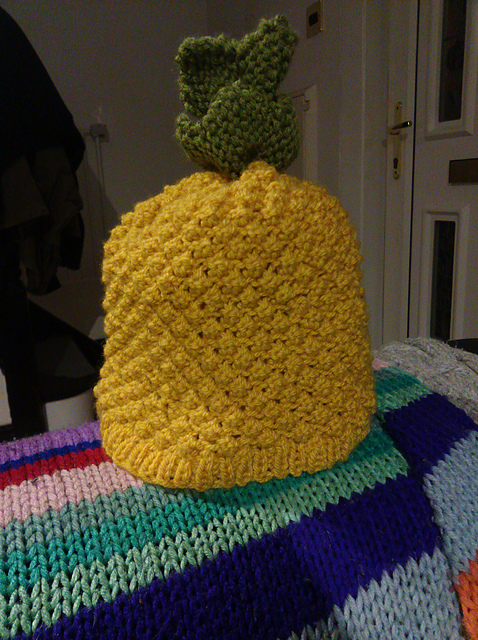 A pineapple hat – another request – free pattern by Chile Con Yarne – as well as a plain black one using the same pattern (but no leaves) as a leaving gift for my boss at work. Sadly forgot to take a photo before gifting, oh well… 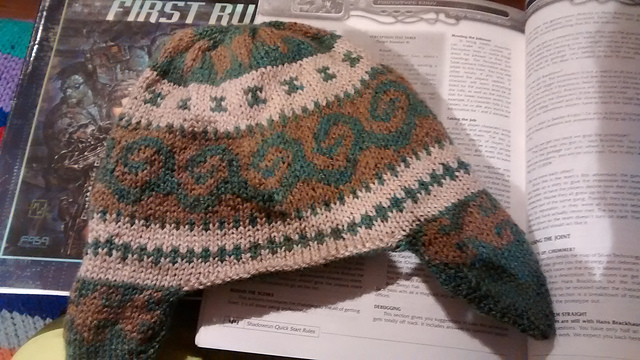 On a different note, the last photo, some may spy some Shadowrun books – I’m preparing the traditional news year eve game, though this year we’re mixing it up with a new system and world – so we’re going from Call of Cthulhu where you will die, or go insane, to Shadowrun, where the players are probably going to die, or drive me insane. Not that they don’t do that anyway.

My brain is still trying to work out exactly how they managed to skip an entire book (I’m talking 50 odd pages of adventure here) from the Horror on the Orient Express Campaign, and then the final book covering the end scenarios was just tossed to the side… (I won’t go into details, gaming is very much a ‘you had to be there’ type thing in my opinion.)

It’ll be interesting trying out a new system though, we’ll be playing 3rd edition Shadowrun as that’s what Engel and myself own a lot of. Well, I own a rule book. He owns four rule books, one start up guide and about thirty odd companion/expansion books and a 6 page character sheet…and I think there’s a few adventures in there too, but I probably won’t use those – no point really as my gaming group have the habit of, when presented with three options, taking the twelfth.