Cars! They’re in the street!

RoxyPosted on April 13, 2019 Posted in Knitting, Little one 2 Comments

I’ve been watching way too much Storybots (even if you don’t have a little one, I highly recommend it!)

Anyhow, on to the knitting! 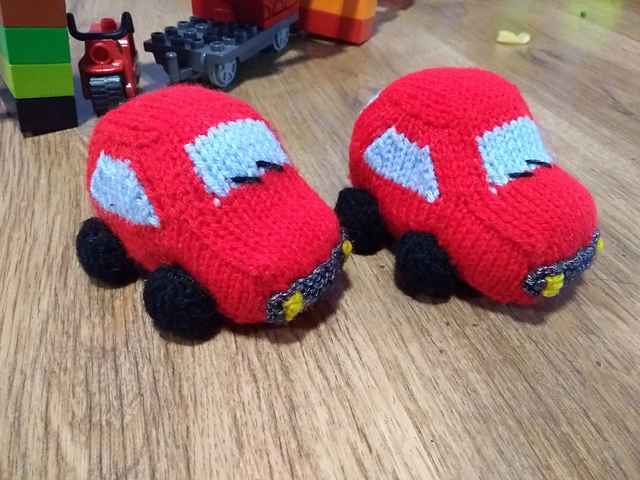 Cars! I bet none of you guessed by the title…

Sarcasm aside, these are knit following the pattern ‘Car’ by Sarah Keen from her book ‘100 little knitted projects’. They’re super cute and relatively quick to make, which is good, as Felix has informed me they’re to go in the party bags for Inklings second birthday…

Which is just over a month away, but there’s so much to do, I figured I’d best start early. For those curious, Felix has chosen a ‘transport’ theme for his birthday, decided how his cake should look and which games should be at the party…

I’ve tried explaining that she can get away with doing these things this year, but next year will be a different story as he’ll be calling the shots!

Aside from cars (expect to see a lot, lot more of these) I have a shawlette on the needles, which I’ve ripped out three times and changed the pattern twice…hopefully it’ll be finished one day!

The total is going to go up, a lot, as I’m being gifted someone’s from Engels works recently deceased grandmother’s stash…when I work out how much I’ll add it to the total.

2 comments on “Cars! They’re in the street!”