I’ve been playing Fallout76 lately (I know, I know, it will never compare to the glory of Fallout 3, but it’s been a nice, bumbling play, and with the daily quests it provides a nice goal to complete each night when I don’t have time to push on with serious plot)

Anyhow, for those not in the know, it’s a computer game based in a post apocalyptic future where you have to wander and kill and collect to survive. It’s also filled with silly little things to lighten up a rather dark and unpleasant setting.

One such thing is Mr Fuzzy. A rather creepy looking mascot to a now abandoned and rotting theme park. The little toys (and so many varieties) are everywhere! 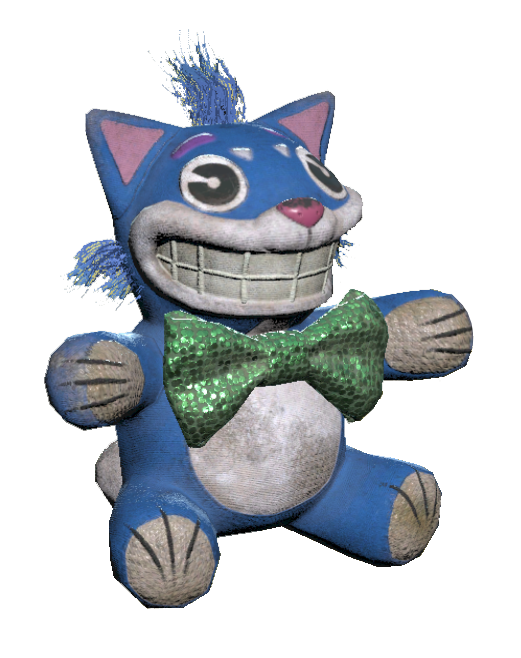 And of course, after scrapping so many for material and leather in game, Engel decided he wanted one to keep… 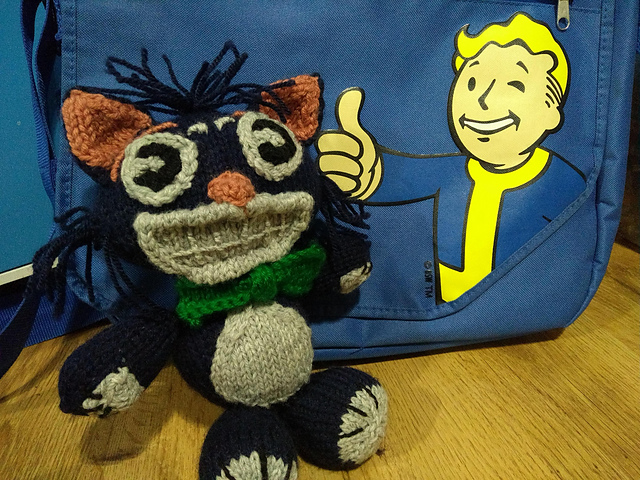 It’s supposed to be creepy.

Definitely one of the ugliest creepiest things I’ve made. Maybe about equal only to the naked molerat…another Fallout knit…

For those curious, I heavily modified the free pattern Basic Body by Sara Lee and until I did the face, it was actually looking really cute!

No change from last week’s wool count so won’t include it this week.

Tagged with: cats, Engel, Fallout, Knitting, Mummy can make that!