So, after knitting the Cthulhu mittens for 3D printed Nerf parts, I was inspired to knit myself a “sensible” hat! 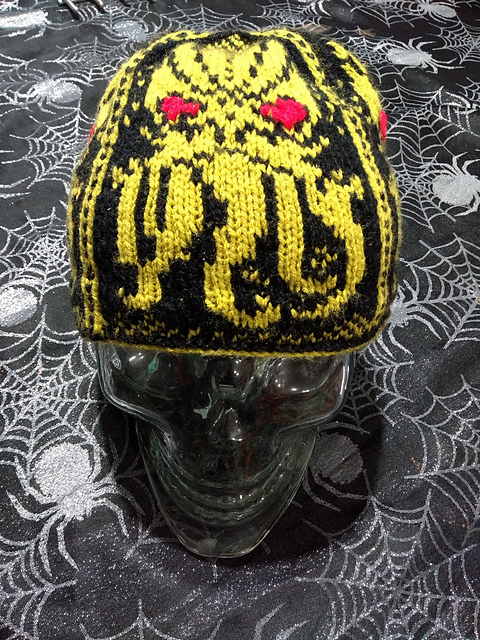 Its sensible in that this is possibly the only hat I have made for me without cat ears…and with it being fair isle, it’s so warm and cosy! A must for the recent cold snap we’ve had. The pattern is free and can be found on Ravelry, Lovecraft’s Bane – Cthulhu Hat by Lisa Wilt 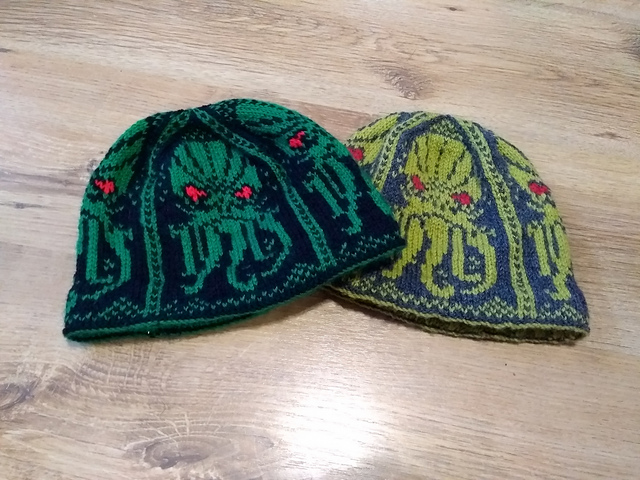 Not one, but two more Cthulhu Hats were requested! One is in the colours of the Cthulhu mittens just made, and the other in khaki green and dark grey for a more muted version.

Want to see them all together? 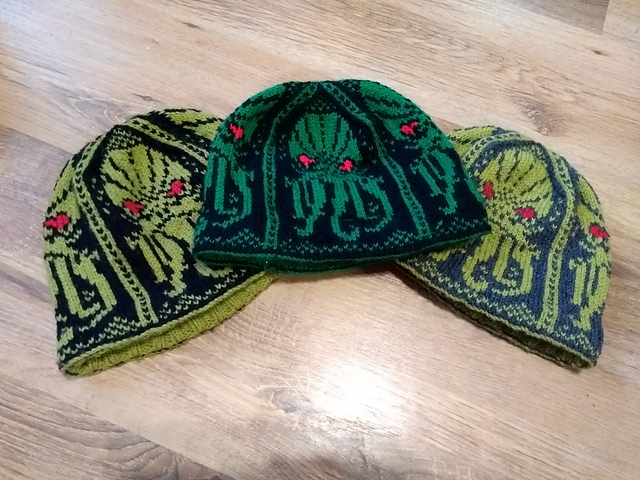 On the downside, as I was casting off the rib portion on the final hat, I snapped one of my favourite dpns…such things happen, especially when working on 3mm needles, but I was not impressed!

Ah well, invoking the elder god’s do call for sacrifices to be made…

Total – 575 (Woohoo! Finally getting the stash numbers back down!)