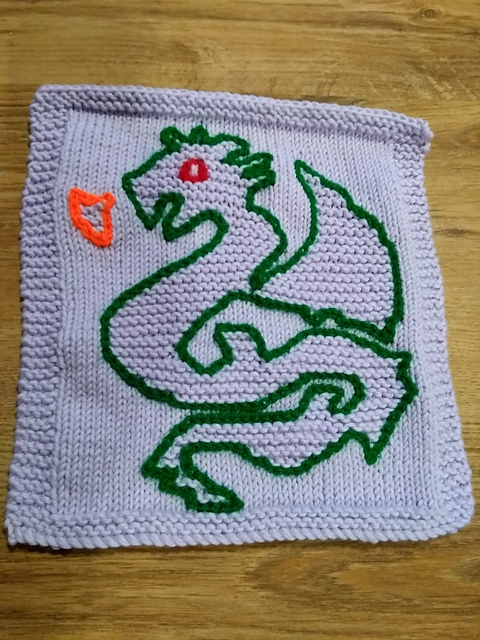 Last of the washcloths (for now) and Felix chose a dragon for hers! It’s based on the free pattern Dragon by Louise Sarrazin.

There’s actually a bit of a back log of knits to show at the moment, but I’m going to space them out as I know there will be weeks soon when I’m working on bigger projects and will have nothing to show you all! 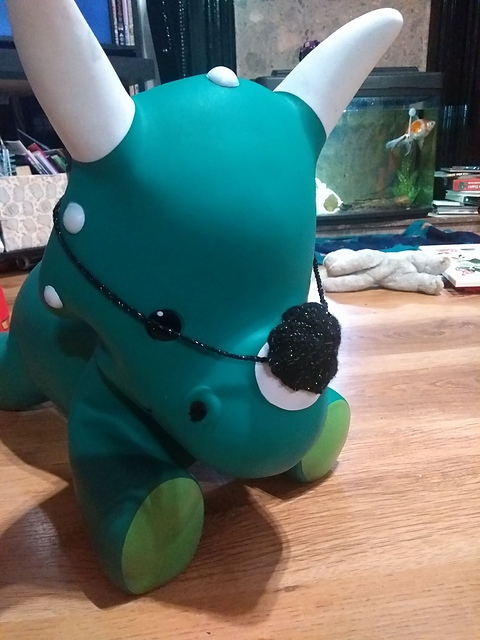 Yep. It’s a photo of a triceratops wearing a nose warmer. The reason behind the nose warmer? It’s a long story involving my mum having a bit of an ongoing saga with her electric company, and she was lamenting that the only part of her that she can’t stand being cold was her nose…

And yes, nose warmers are a thing. Here’s the free pattern I used: Nose Warmer by Kristi Kittelson – though I used glittery wool because, well, because my mum likes a bit of sparkle in her life!