RoxyPosted on November 24, 2018 Posted in Knitting, Little one 2 Comments

Back in June, some of you may remember that I knitted a number of hobgoblin hats. (It spanned three posts, so three links.) Not too long afterwards Rabbie came to visit – a great weekend even if nothing went to plan – and brought her hubby, Missy and a very good friend of there’s, now known as The Goblin King.

This is due entirely to him running around, wearing Engels hobgoblin hat (based on the Wychwoods Hobgoblin ‘King Goblin’ beer) to humour a then four year old despite it being 30C…

Anyway, he’s gone down in Felix’s childhood history as ‘The Goblin King’ and frequently brings him up as such in conversation.

So, it had to be done. Drumroll please! 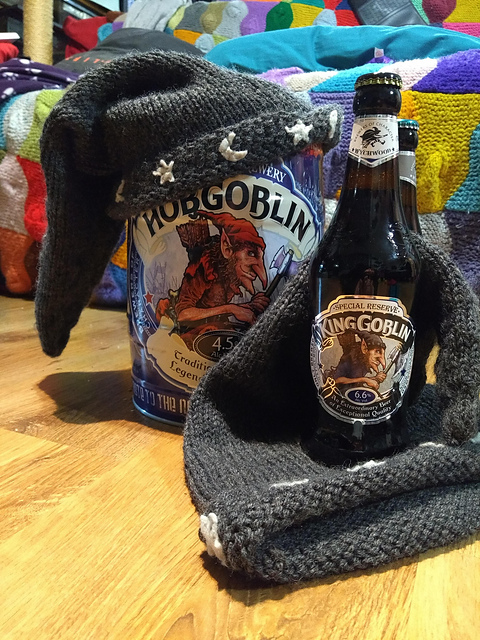 The hat has been photographed with Engels hat and a bottle of the relevant beer so you can see what it’s based on. And a keg of straight up Hobgoblin. 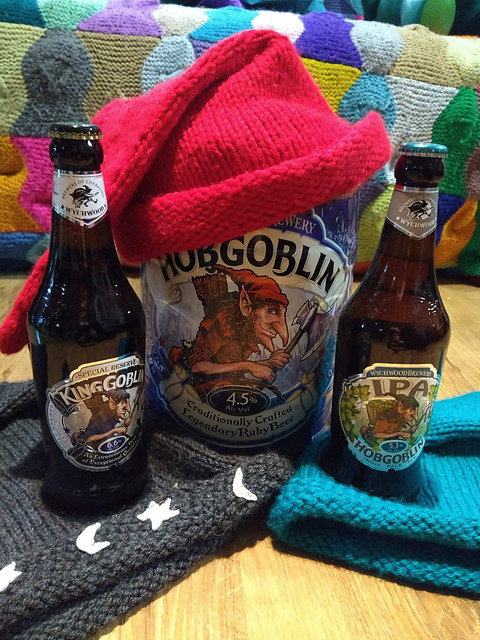 Though he humoured me by getting a bottle of the IPA Hobgoblin so I could get a photograph of each hat with the relevant beer! They make a good set, don’t they?

The plan is to post the hat up to the Goblin King for Christmas, with no explanation given as to why he’s recieved it. Just for the giggles.

That is, if I can get Crumble to give it back… 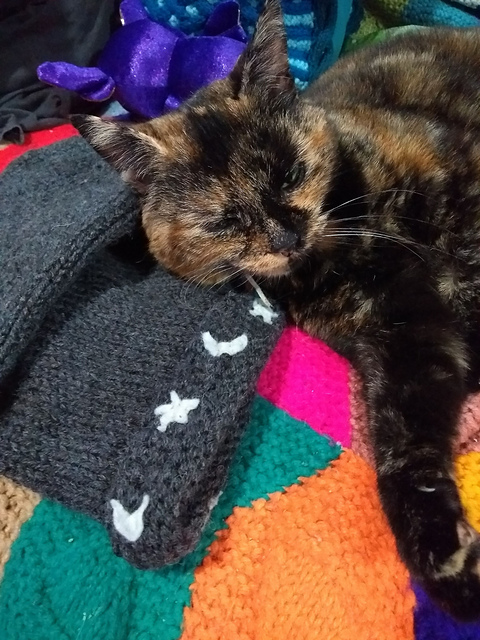