Lion’s, mice and crocodiles, oh my!

RoxyPosted on September 30, 2018 Posted in Knitting, Little one, Uncategorized 1 Comment

It’s been busy since my last post – despite losing three days to the plague (some viral infection that resulted in me seeing black spots during coughing fits, and left me so short of breath I was unable to go up/down the stairs without a break halfway up/down) – I have managed to tie up the ends of a few projects, Felix has had her fifth birthday and there was a crazy cat party with 30+ around five year old kids, with games, activities and even a wizard!

Rabbie has done a good post that covers more on that last bit!

Needless to say I am exhausted! But it’s been worth it, Felix was so happy and excited!

And that leads us to both the lion and mice part of this post. Mice first: 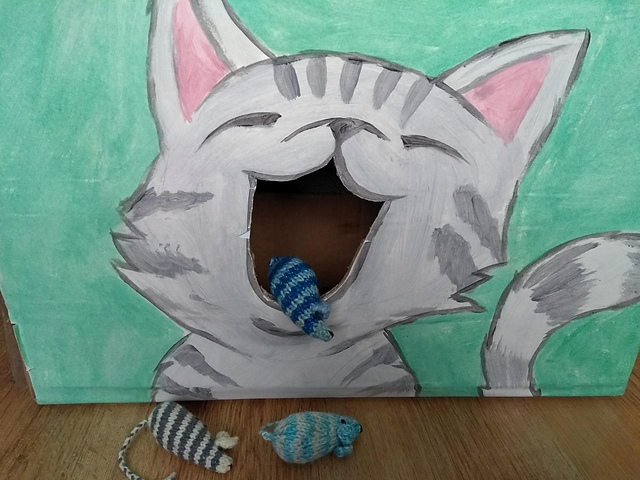 A few more mice where knitted, but more importantly, I finished the cat of the ‘Feed the Cat’ game. Here it is having survived the party, in pretty good shape all things considered! 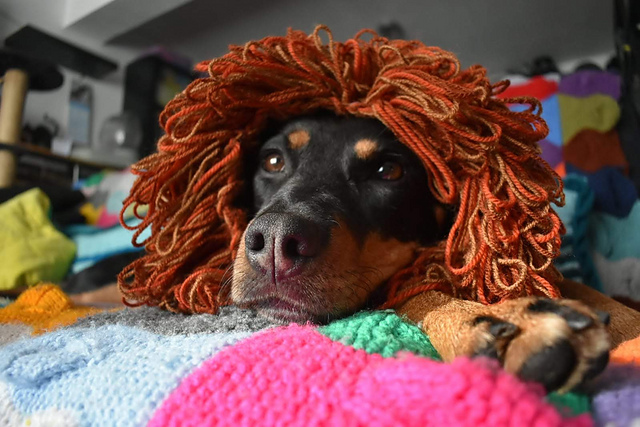 I’ve wanted to make Missy, my dog-niece, something for a while, and even though she wasn’t going to Felix’s cat birthday party, I wanted her to join in. Originally I was planning on mostly following the pattern ( To humiliate the dog by Amoena Online – its a free and very cute mouse/reindeer doggy costume pattern) and adding cat ears…but somehow I ended up doing loop stitch and making it into a lion’s mane…

She’s a big dog, so maybe she needed to be a big cat…? 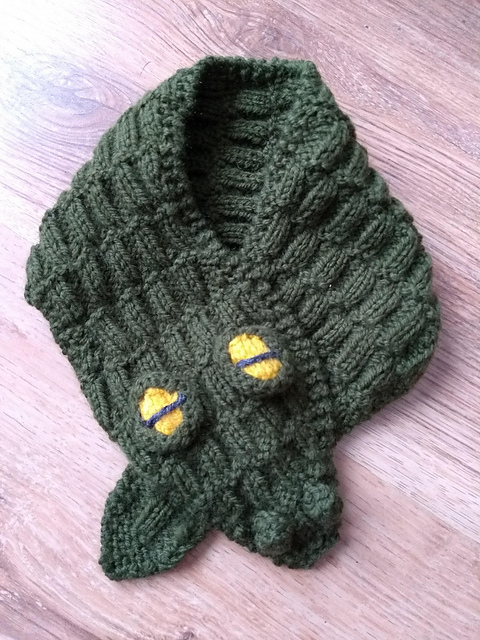 The mini crocodile scarf I had made previous was mislaid last winter, as happens with small children, at the time Felix was good about it and accepted a quick knit black scarf I threw together.

When digging out the winter woolies for this year, however, she once again spotted my crocodile scarf, grabbed it and paraded about in it like a shawl…before asking where hers was…

To which Daddy then said ‘wheres her crocodile scarf? Have you not made her another yet?’

Sigh. So I’ve made another for this winter…hopefully it won’t get lost!

One comment on “Lion’s, mice and crocodiles, oh my!”