Some of you may remember this time last year I was knitting fish for Felix’s birthday party, it was for a game called ‘Feed the Shark’. This year it’s been demanded to make a return but, seeing as this year’s birthday theme is cats, not Octonauts, we’re going for ‘Feed the cat.

And what do cats eat? 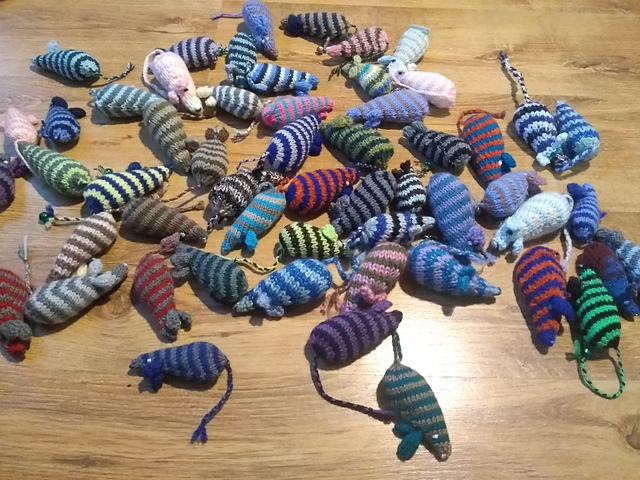 Haven’t made the cat part to ‘Feed the Cat’ as I need a big bit of cardboard, but the mice are done at least! Though I’m debating more, 55 just don’t seem like enough…

Seeing as I don’t have a photo of the finished game (yet!) I’ll reward you all instead with a photo of Dashie being Queen of the Cat Scratcher, Hoarder of knitted mice! 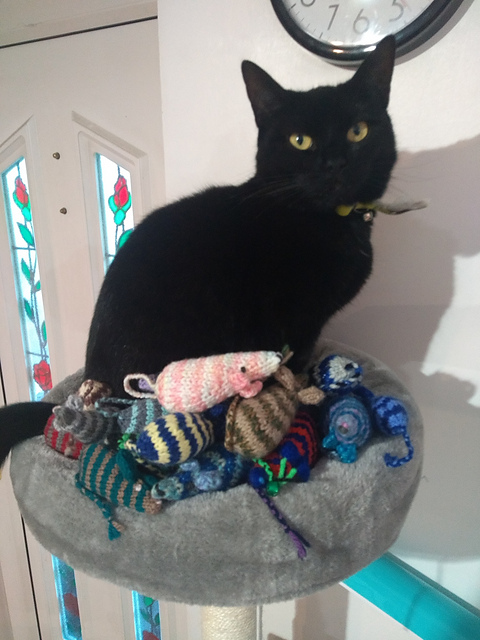 She looks so regal…

Got a few more little projects, and a small one, on the needles but more in them when they’re done! I may knit a few more mice in between projects mind you, just in case 55 isn’t enough…

Not much to say on the non knitting front, life’s been busy with work and family time (had a good laugh at Portland Basin Museum today)and I may have gotten severely distracted playing Unravel (Yarny is so cute!) but getting there. Even if my boiler decided to die on me whilst I was in the middle of washing my hair…so cold still…