After knitting Flopsy’s Bunnies a few weeks ago, I decided to have a look online to see if there were any Beatrix Potter patterns, and indeed there are. Lots of them.

Immediately I cast on Flopsy Bunny – had to pick her up and put her down several times to work on other projects (the Chaffys, Inklings bowtie…)but she is now done! 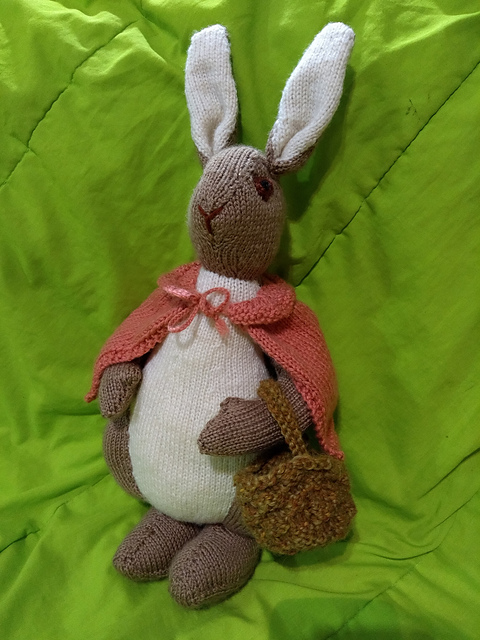 Isn’t she adorable? The pattern is Flopsy Bunny by Alan Dart, and I’ll be making more of the set later. Just have a few things to knit in the meantime…

But first of all, that empty basket is bothering me, it needs filled, but with what?

The severed head of Mr McGregor?