RoxyPosted on April 8, 2018 Posted in Gaming, Knitting, Little one 1 Comment

Belated Easter post, apologies! I was visiting the family up North and we had an absolute ball (Rabbie documented it over at her blog) but when we got back it was straight in to work and gaming prep and time ran away from me!

I do have two completed knits to show you though from then: 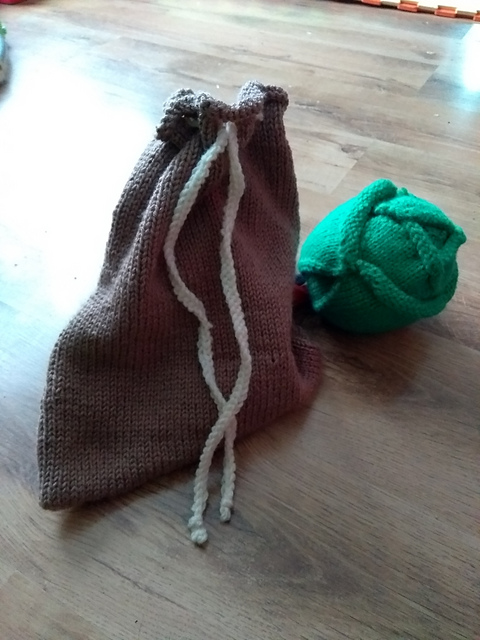 I did indeed make Mr McGregor’s sack, as suggested last post, and it was quite fun putting all the bunnies and the lettuce inside it! 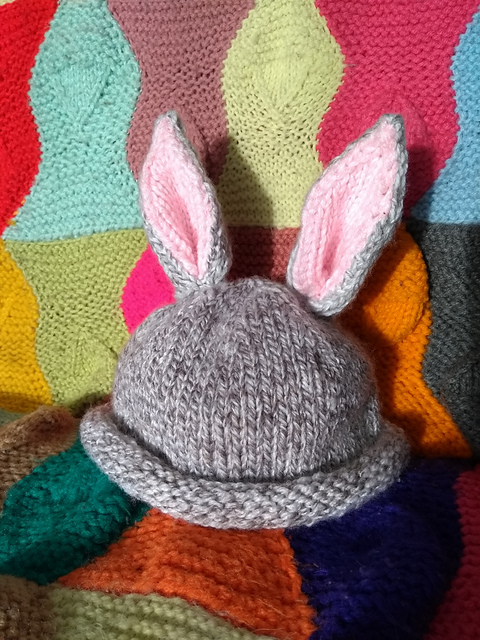 And I also whipped up a Baby Bunny Hat (free pattern by Rebecca Lennox) so that Inkling could join in with the festivities. He is definitely bunny mad and squeals when he sees them!

There’s been no new completed knits really since then!

As I said above, I’ve been preparing another game, this time it’s Achtung Cthulhu! In case you haven’t guessed by now, I really enjoy running games in the Cthulhu universe, and Achtung Cthulhu! is set during WW2 and I’ll say now that it doesn’t disappoint.

Though there have been half a dozen instances of people wanting weapons that don’t actually exist just yet…and we’ve only played about three hours!

Till next week where I should hopefully have more to show you!