↓ Skip to Main Content
Home › Gaming › Can we hibernate yet?

Can we hibernate yet?

I’m sure most of the world knows this but the UK was not by both ‘The Beast from the East’ and Storm Emma this past week. Unlike my family up North, we only got a few inches of snow over the course of the week – enough to stop Engel going to work on the motorbike (he did manage to ride in it the first three days, but after a lucky miss, I insisted he didn’t try again) but not enough to stop me going back to work.

It wasn’t a bad first week of work, but I was ready to go home, curl up in a blanket with a hot water bottle and a stack of chocolate and not leave my nest for the immediate future…

Felix did however have a ball – she got to make snow cats and finally have that snowball fight she spent all winter asking for. Inkling in the other hand… yeah… he’s not a fan of this strange, cold, wet, white stuff!

The weather aside (I am a true Brit and can discuss the weather for several hours, it’s a cultural thing) I have two completed projects to share this week! 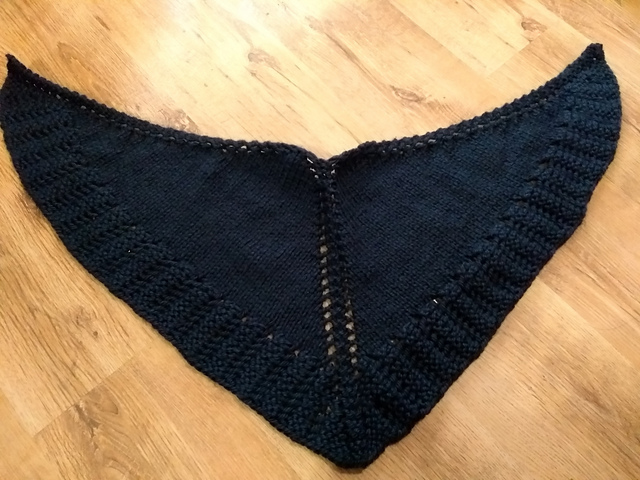 Yep, it’s another chunky Wayfarer! (Pattern by Jen Lucas from the book ‘Doomsday Knits: Projects for the Apocalypse and After’) I literally had this on the moment it was cast off the needles! So warm and cosy… 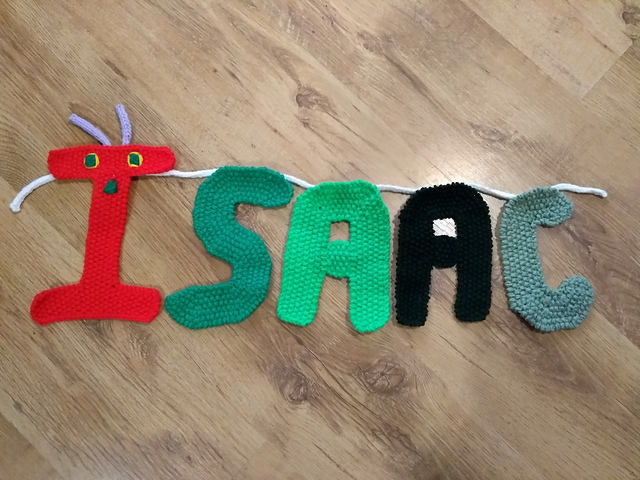 I made one of these for Felix when she was tiny, and it felt fitting to make one for Isaac. I did hers in the colours of the rainbow, but for him, well, it’s a running joke that he is in fact the Hungry Caterpillar! Made using several free patterns – the alphabet series by Frankie Brown on Ravelry.

So aside from the weather, starting back to work and a little bit of knitting, there’s not much else to say at the moment. I’ve started reading through the Achtung Cthulhu rules and setting, so don’t be too surprised if more random lovecraftian things start to crop up!

Oh, and on the Pokémon hand puppet front, both Felix and Engel are trying to convince me to make ALL of them. I will say now that there is no way I’m doing all 800+ of them!!!!