Ignore the title. I may be a little giddy and/or sleep deprived!

But! There is a reason for it! 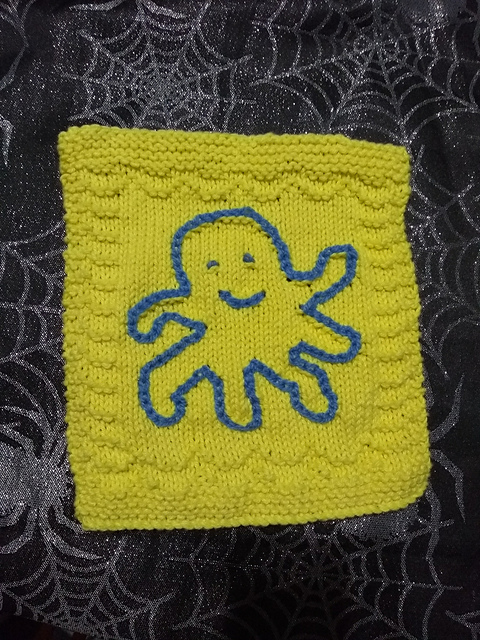 Its a wash cloth for Inkling – using the free pattern: Baby Octopus Cloth by Elaine Fitzpatrick. Believe it or not, this pattern and the wool had been picked out before Inkling was born, I just haven’t gotten round to knitting it until now! He’s been eating finger foods and desperately needed something that could scrub all the food off him in the shower!

And now for the pussy: 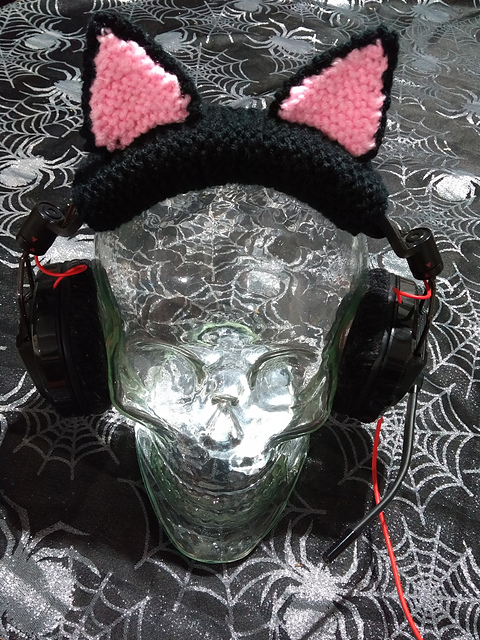 Free pattern Attachable Rainbow Kitty Ears by Saphy kun. I spotted these on Ravelry a while ago and knew I had to knit Engel a set, particularly for when he’s playing violent computer games and/or doing online gaming with our friends.

They have been used, not sure if it’s because he can’t get them off the headphones (they do have buttons so can be removed) or if he likes having the cat ears on himself…

Also this week, I finally sorted through my wool stash (this occurs every year or so to some extent) this time I’ve segregated it by colour and each ball is bagged with any matching friends of the same kind and dye lot. The lone balls of wool are put together with the other lone balls of wool of that colour group (so they don’t get sad and lonely) and now I can tell at a glance what wool is best for the size of project I’m doing. This will hopefully get me to focus on using up the odds and ends of my stash! And also future yarn purchases – I know what colours I have lots of, and not so much, so hopefully I’ll buy what I need, not what I want!

I don’t believe that either, but I can hope!

Oh, also, whilst I was sorting my wool out, these scampered out: 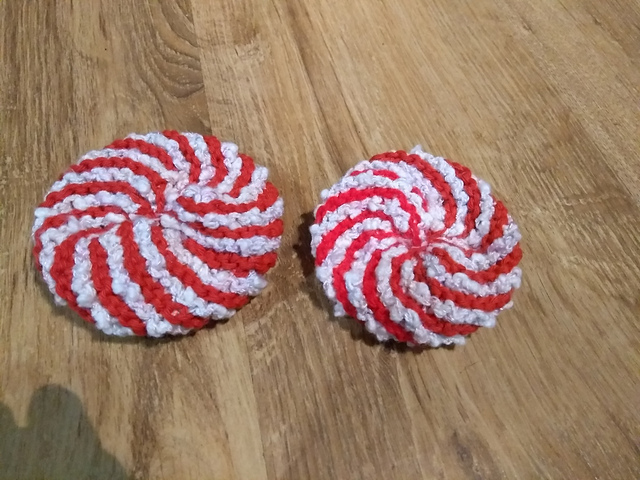 Yes. More tribbles. A  red subspecies of the pink mutant variant discovered, only two have been captured and sent for further study up North…

Early post this week as my sister is coming to visit and it’s going to be awesome!!! But before the fun and games start, I need to tidy up all the toys everywhere – it’s amazing how much mess two children, three cats and a husband can make in the blink of an eye…