RoxyPosted on January 21, 2018 Posted in Knitting, Little one, Uncategorized 1 Comment 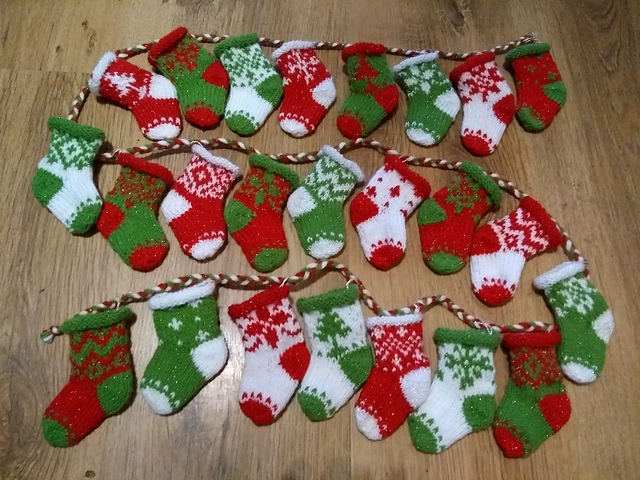 I made a little advent calendar using the free pattern Mini Christmas Stocking Ornaments by Julie Williams – there are eight designs so I did three of each to make the 24.

The reason behind this? I knit a little string of stockings (several, actually) a few years ago to use as an advent calendar. This year, Felix, despite getting a Lego advent calendar, she decided that she wanted the little string of stockings I was using for myself (containing mint chocolate and fudge this year, yum!) So another string of advent stockings was needed for this coming Christmas, but I wanted to knit something a bit different to the other set, so I went for fair isle…maybe not such a good choice, but so cute!

I also had time this week to work on a birthday present for MIL. 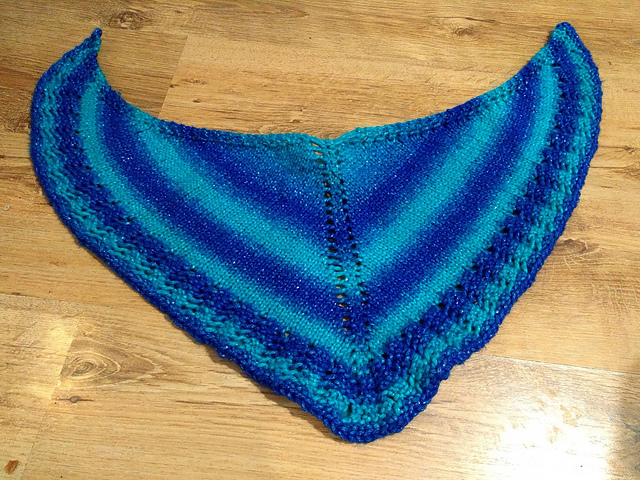 I used the pattern Wayfarer by Jen Lucas from the book ‘Doomsday Knits: Projects for the Apocalypse and After’ – it’s a great book with lots of lovely patterns, and this one is going to be made again in something more suitable for my wardrobe! So black or grey…

Now that those two big projects are done with, I have a whole bunch of little ones mentally lined up in my head to do – though who knows if I’ll stick to doing those projects in that order!