RoxyPosted on June 18, 2017 Posted in Gaming, Knitting, Uncategorized No Comments

Summer in the city, back of my neck getting dirty and gritty…

(Summer in the city, The Lovin’ Spoonful)

Good thing you cant hear me sing! It is very, very hot today, and yesterday, it’s been hot (for me) all week really, which makes my latest knitting project of wooly hats feel very pointless! Ah well, it’ll be of use soon, possibly tomorrow knowing the British weather. 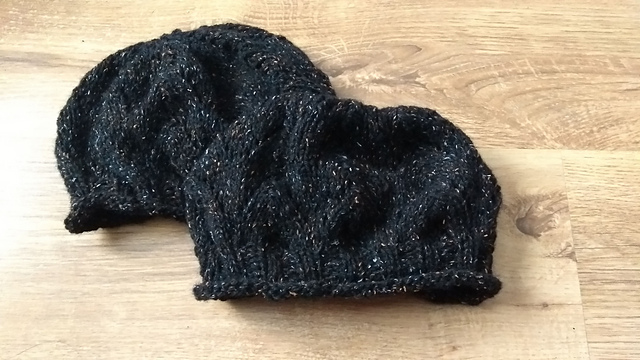 There’s an story to these (there’s always a story) I’ve made three of these for my mum previously – the first two were made from New Lanark wool to match a jumper I made her, and a matching scarf and mitts. The first of these she wore through (she works at a school and it’s a playground must have for her, plus anytime she goes outside in the poorer weather), the second is in use, and the third was a little cotton summer version which, her living in Scotland, gets about a week of use a year.

My aunt saw her hats and asked for one as well, so… 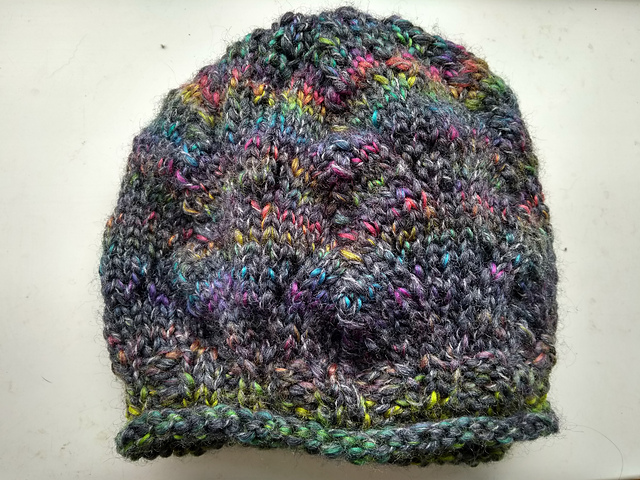 There’s not an inch of New Lanark wool left so I stash dived and found this pretty unlabelled wool.

In other news, it was free RPG day yesterday! And I had far too much fun, though the heat did kill quite a bit of the enjoyment as my energy levels just dropped…

I ended up having a siesta! With company round! At least some of said company had siestas too…

There’s an amusing story to tell regarding free RPG day, or more specifically the shop it was at, but I’ll save that for next week.