RoxyPosted on December 18, 2016 Posted in Knitting, Uncategorized, Updates No Comments

I think I’ve knit the last Christmas gift, I hope I have anyway as I’ve moved on to other projects. 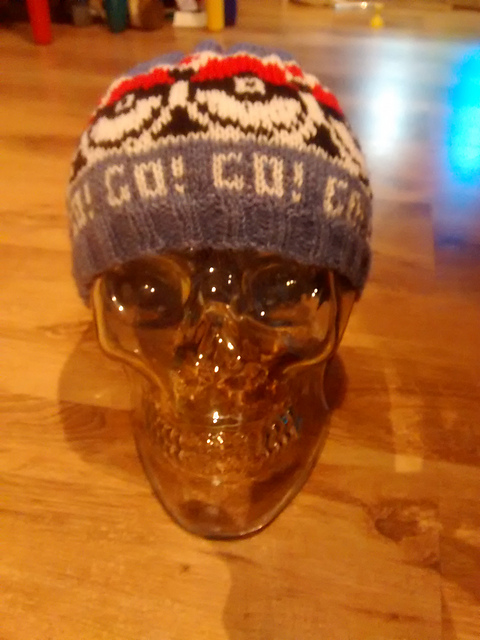 This is for my nephew and uses the free pattern A PokéHat by Mrs Luedeke. Quick and easy knit surprisingly! It fits me, so if my nephew doesn’t want it, I suspect my Pokemon loving sister will nab it… 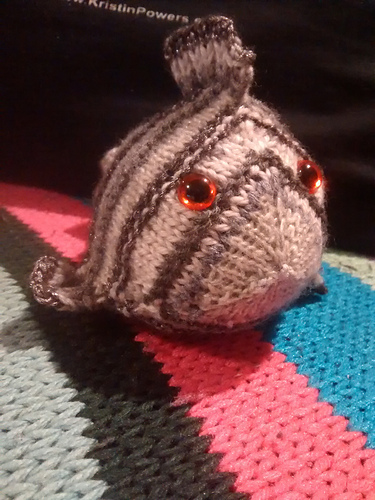 For my mum, who nabbed off with a replica of the original Fairground Fish (free pattern Frida the Fish / Francis the Fish by Lion Brand Yarn) 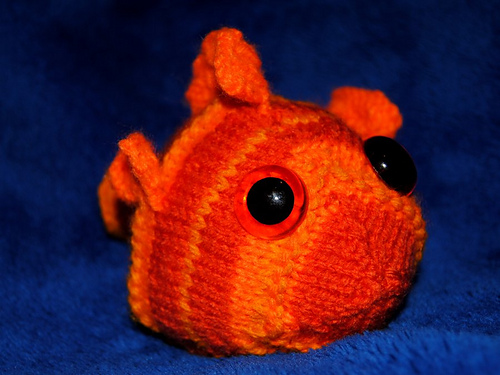 I have the one photographed above, it was originally given to my grandfather in 2011 as a random gift as he often fondly told us the tale of ‘that cursed fairground fish, it lasted 25 years it did!’ The sole purpose of this was to make him smile. It worked. He passed away this year, and it’s the only thing that I took as a reminder of him before the funeral. The replica was more or less an identical match, a gift I never got around to giving, and when my mum tried to walk off with the original, I gave her the replica instead.

The reason for the silver version? My mum had fish. They all died this year – curse of 2016 we’re calling it – but before they went belly up, they laid eggs, and out hatched two fish. A gold one and a silver one.

So the silver one I just made is to join the gold one from before.

Pretty convoluted, I do apologise.

Not a Christmas present: 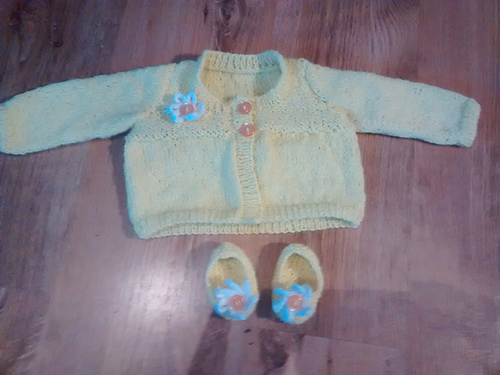 Same patterns as featured in my previous post back in April 2016. (Cardigan is ‘long or short sleeved coat with flower’ from sirdars ‘Beautiful baby knits’. The booties are from the same booklet, they’re from the ‘Sweetpea’ set for those who don’t want to read the previous post)

These are part of the growing bundle of gifts for my neice to be in America – I’ve got another on the needles at the moment, but will post about that when it gets done.

Anything else to comment? Not much except it’s getting scarily close to Christmas, and now I’ve finished the last of the Christmas knitting I think I may actually be getting excited about it…